in your mind, none of the humans had to say the question out loud.

could even say the question.” - “Stein,” Former Army/CIA UFO Analyst

December 9, 2008 Albuquerque, New Mexico - My June 29, 1998, interview with Stein at his Florida home continues from Part 12, in which he describes in more detail the telepathic communication between his CIA boss and colleagues with the grey non-human in the Area 51 office.

WHAT DID COL. JIM SAY TO MOVE YOU FROM THE MOUNTAIN HANGAR OF DISCS BACK TO THE OFFICE BUILDING?

He said we needed to move along to see one of the aliens in the interview room and said he wanted to have us see him. We were dumbfounded because at that moment, we had no idea we were going to be introduced to a real alien, non-human being!

WERE YOU EXPECTING THEN TO SEE A 6-FINGERED BEING?

Yes, all of us were. Then when we saw the being that we did with the large eyes and large, smooth head expanding upward above a slit mouth and narrow chin, we were kind of shocked at how that alien actually looked. Like with the 6-fingered beings, there were muscles showing, but on the one at Area 51, he was very thin with ‘anemic’ arms.

FROM YOUR CLOSE-UP VIEW, WAS THE AREA 51 GREY BEING’S SKIN TEXTURED? SOME ABDUCTEES COMPARE SKIN THEY HAVE SEEN TO CANVAS. 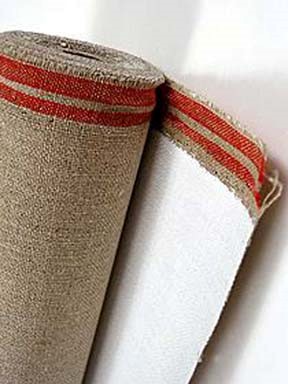 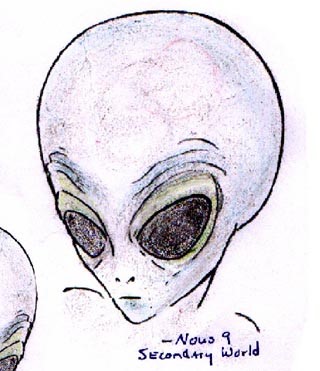 Brian Scott and others in the human abduction syndrome

over the years have often described some grey, non-human skin as rough

Yes, the being was definitely textured and there were areas of little outcroppings on his skin that looked like a bee sting puffed up around his neck and down his arms. He wasn’t completely smooth everywhere. Canvas would be a good description for it along with the anomalies on his skin.

I didn’t see his lower body because he had like a T-shirt over him. I don’t know why he was dressed up in human clothes.

PERHAPS TO MAKE THE BEING MORE ACCEPTABLE TO YOUR VIEWING.

I couldn’t believe how big the eyes were!

SO YOU LEAVE THE DISCS IN THE HANGAR INSIDE PAPOOSE MOUNTAIN AND WALK BACK INTO THE OFFICE COMPLEX CONNECTED TO THE MOUNTAIN.

Yes, and Col. Jim said we could ‘talk’ to the alien for maybe ten minutes. I don’t know what the big rush was. It was like they needed to take the alien somewhere after we saw him. Col. Jim said the alien being does not speak to you verbally, only telepathically. That’s when I talked with my boss, Anthony Barden, about my growing up being taught that demons were telepathic and I was afraid the creature in the office was a demon. So, I asked Anthony to ask the being if it was a demon and where it came from and how old it was. Anthony said he did ask my questions.

I stayed outside about 20 feet from the 1-way mirror that I could see through into the office where the grey being was, but inside the office what I was looking through looked like a mirror. So, I could see the being and I could see it was not very tall, probably 5 feet or a little less, but definitely taller than 3 feet like the 6-fingered ones.

When my boss, Anthony Barden, went inside the office, I could see the being sitting behind a table. And then when the pressure got to the alien after Anthony asked if the being was a demon.

My CIA boss explained that when you came up with a question in your mind, none of the humans had to say the question out loud. The grey being could read your mind and answer telepathically before you could even say the question.

DID YOUR BOSS EXPLAIN LATER WHAT THE GREY BEING’S TELEPATHIC COMMUNICATION TO HIM SOUNDED LIKE?

From the description that they gave that it sounded more electronic than a human voice, a neutral voice that didn’t sound high or low. But that still reminded me of the description of demonic voices when I was a child.

Anthony first said out loud, ‘Are you a demon?’ And the being appeared frustrated or nervous.

WAS THE BEING SITTING DOWN?

Yes, and the being moved around and communicated back to their minds that he was not a demon.

Then the other CIA agents there asked the alien where he was from. The being answered with some kind of star or galaxy area with a number that no one had ever heard about before.

Grey Being Upset by Demon Questions

Then Anthony asked the being if it was a demon possessing the alien body – ‘Do you possess these grey alien bodies because demons don’t have the power to manifest themselves as physical beings?’

The grey being looked up at the ceiling and made some kind of sighing sound and looked upset and did not answer the question.

DID ANYONE ASK THE GREY BEING, ‘WHY DON’T YOU TELEPATH TO ALL OUR HEADS SO WE CAN HEAR EVERYTHING AT THE SAME TIME?’

Yes, they did, and the being said he was communicating the way he communicated, like one-on-one. So, when they spoke out loud each other’s questions, that was the only way the men knew what each was asking. And each man had to repeat the answer he individually heard in his mind from the being.

YOU ARE WATCHING AND YOU COULD SEE THE MOMENT WHERE THE GREY BEING GOT UP AND PACED. DID YOU ASK ANTHONY BARDEN LATER WHY THE BEING SEEMED UPSET?

Yes, I did and Anthony said he was trying to ask the question my demon questions and was afraid if he kept on asking my questions, the being might leap across the desk and try to strangle him. ‘Stein, you really pushed this alien’s buttons,’ Anthony said to me, laughing.

I wondered then if the grey being was upset because it actually was occupied and operated by a demon like demons can possess human beings?

WHY WOULDN’T ANTHONY BARDEN HAVE ASKED THE BEING TO SHOW ITS HANDS SINCE YOU ALL HAD SEEN THE 6-FINGERED AUTOPSY?

Yes, I think Anthony just thought at the time all aliens had six fingers. And Col. Jim, on the way out of that office complex, I asked, ‘Is this the only alien you have?’ Col. Jim did not answer that question, but said, ‘If you’ve seen one alien, you’ve seen them all.’ Which I know now is not true.

WHY DIDN’T YOU FROM THE CIA SAY YOU HAD SEEN AN AUTOPSY FILM OF A 6-FINGERED BEING THAT DIDN’T LOOK ANYTHING LIKE THE GREY IN THE AREA 51 OFFICE COMPLEX?

Yes, we did bring that up with Col. Jim right before our CIA group went into the room with the being. Col. Jim said something like, ‘This is an alien called a ‘Grey.’ Some of the aliens have different features. There are different kinds, but this happens to be a ‘Grey.’ The 6-fingered ones looked grey-colored, too.

DID ANTHONY BARDEN ASK COL. JIM IF THEY HAD A 6-FINGERED BEING?

I did ask Col. Jim exactly how many aliens they had there at Area 51, but he would not answer the question.

DID YOU PERSIST ABOUT THE AUTOPSY FILM OF A BEING THAT DIDN’T EVEN LOOK LIKE THE GREY IN THE OFFICE?

Not really because Col. Jim did say before the meeting with the alien that there were different types of aliens. Anthony mentioned the autopsy film and Col. Jim stressed the grey alien in the office was entirely different from the being in the autopsy film.

DID ANY OF YOU ASK WHAT THE RELATIONSHIP WAS BETWEEN THE DIFFERENT ALIEN TYPES?

Col. Jim did say they all seemed to say the same thing – that they were all here to be a help and not a hindrance, that they were not coming here to destroy the United States or the world.

DID ANTHONY BARDEN ASK HOW MANY DIFFERENT NON-HUMANS WERE ON EARTH?

Yes, he asked the grey alien that question and the alien refused to answer.

WASN’T THERE DISCUSSION BETWEEN YOUR BOSS AND COL. JIM ABOUT WHY THE GREY BEING WAS IN THE OFFICE?

HOW DID THE SESSION WITH THE GREY BEING IN THE OFFICE COME TO AN END?

Col. Jim was in there with my boss and the other guys at the beginning. But then he came back out into the room where I was and seemed to be bored by the same questions that others asked the grey being before in other sessions. He looked at his watch and went back into the office and said, ‘This is the last question.’”